The title says it all.

Because I love math (I have a degree in mathematics) I needed to summarize my participation with a whole pile of statistics.

First, a chart that summarizes the total number of words I wrote during each participating November. 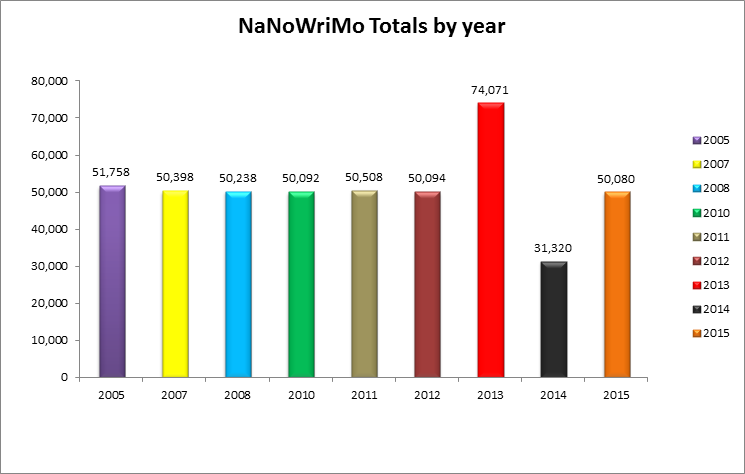 First, my daily word counts for 2015 (note I excluded the days I didn’t write any words at all). 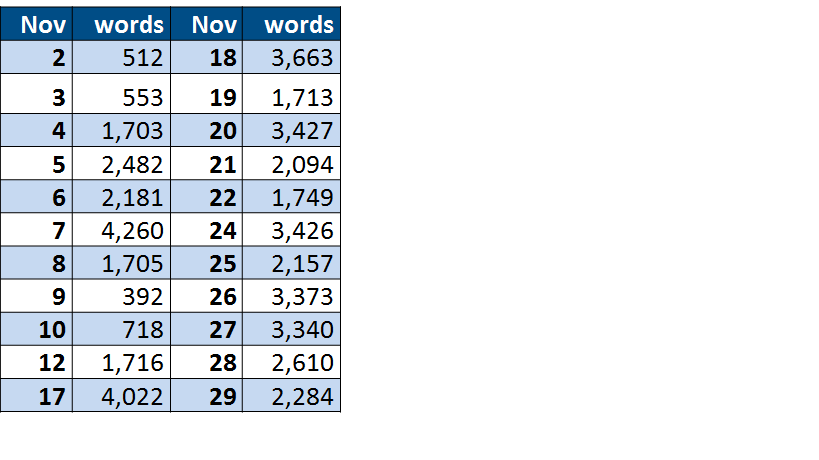 And second, my word count highs and lows for 2015: 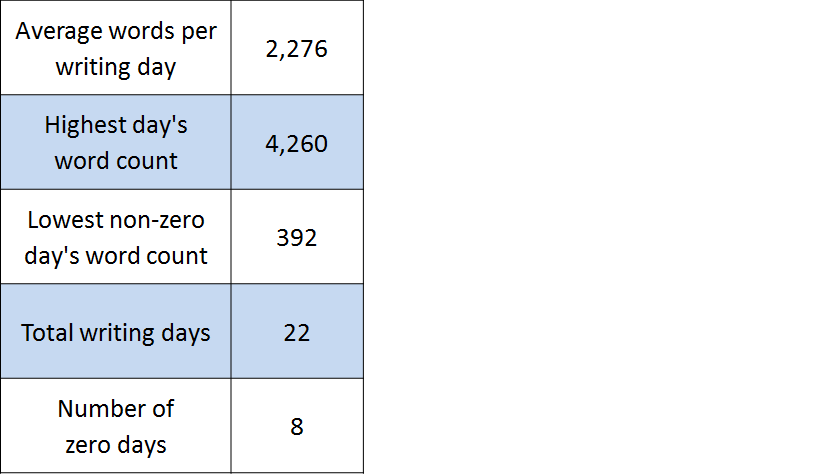 Also, because I was curious and because I am THAT much of a mathie, I analyzed my productivity week-by-week, and compared that productivity on a year-by-year basis, all summarized in this chart: 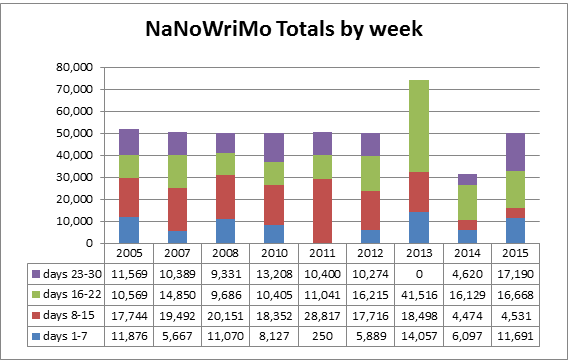 As you can see, this year I had a great start and then fell apart in the second week, forcing me to work extra hard in the second half of November to catch up and win.