This series of posts interviews characters from stories in ELEMENTS.

Today I interview Tank Lazier from Everyone Needs a Couch

Tank Lazier is the author of many short stories including “Drip Oozed in the Face” and “Cravdop or Bust.” Originally from the USA on Earth, he’s lived on Forbi for eight years, loves the bar scene and hates the rain. 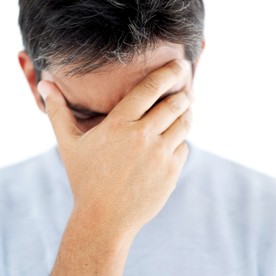 SC: Right, okay. Tanker, what brought you to Forbi?

TL: I’d heard that Drips are pushovers and Forbi was infested with them. I figured it’d be nice to live on a planet where I didn’t live at the absolute bottom of the food chain.

SC: How long have you been writing?

TL: Since I was a kid. My parents used to travel off-planet a lot for work, so I’d make up stories about what they did without me. Most were murdered-babysitter mysteries. Used to scare the crap out of my nanny.

SC: What did your parents do for a living?

TL: Mom played right wing for various teams in the SHL. She’d live with me and Dad on Earth in the off-season. Always promised she’d bring us along for the playoffs, but her team never made the playoffs.

Dad was a design engineer for portable habitat HVACs. For the bigger jobs he’d supervise the installations.

SC: What’s the hardest aspect of being an Earthling writer on Forbi?

TL: The poverty. I mean, a guy can only eat so many cans of orthan flippers before he’s ready to sell a kidney for a steak dinner. Then again, in the restaurants on Forbi they don’t always list which animal the steak comes from. Have you ever eaten a Sheepic T-bone?

TL: Dante, for one. I think he nailed hell better than anyone.

J.D. Robb writes some great mysteries. I can sit in any bar with my nose pressed into one of her beat-up paperbacks and the chicks will come at me like moths to a flame. Probably all those romance novels she wrote, but you won’t catch me reading them.

Kelson Matlind’s work’s pretty underrated. He writes crime thrillers set on Deslot. The drug trade there gives him plenty of material to work with. Plus the Strunjox are nasty creatures with claws like a grizzly and breath that’ll stink you into next week. They run the crime syndicate on Deslot tighter than the Russian Mafia.

TL: Cold! You ever been stuck out in a Forbi winter downpour? Colder than a blind date with a chick who keeps jars of Drip ooze in her purse.

TL: Dante’s Inferno. Gives a guy perspective on his own miserable existence.

TL: Earth. As Dorothy says, “There’s no place like home.”

SC: Stickers on your scribbler or pure out-of-the-box plain?

TL: Music. As long as it’s fast, loud, and includes at least one Earth-style guitar I’m down with it.

SC: Thanks for taking the time to answer questions for my blog.

TL: No problem. Hey, want to hang out and have a drink with me later?