The last story in the Table of Contents is: Soul-Hungry

The last story in ELEMENTS  was written specifically for the collection.

Near the beginning of January of 2013, my publisher sent me three different cover art possibilities for the collection. I studied them carefully, but none of them spoke to me. I selected the one that I felt was the best of the three. He agreed that my choice was adequate and he also felt somewhat uninspired.

I was not happy with the way the cover design was heading, so I’ve switched things up. What do you think of this cover mockup?

For the other cover options I had sent emails to my “peeps” asking them which cover they liked. But for THIS cover by Neil Jackson I immediately responded…

I love this cover. The font, the shadows in the background, all of it! 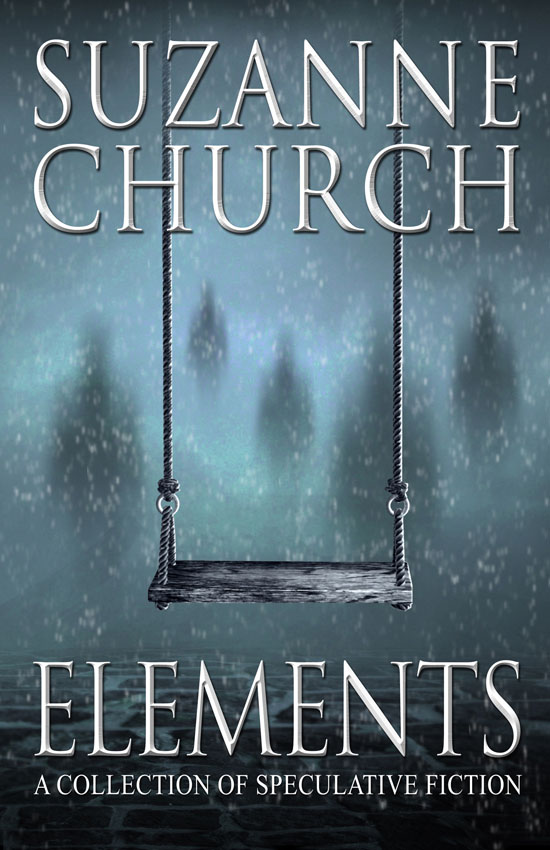 And so, the cover of ELEMENTS  was chosen. Release the doves!

From the moment that I saw the cover, I was inspired to write a story. At that point in the editorial process, we had pretty much decided on the stories and the order they would appear in the collection, except for one story that we were debating replacing.

So I suggested that I write a story based on the cover. The publisher agreed.

On the 13th of February I sent him Soul-Hungry  and after a minor edit, it became the last story in the collection.

I’ve always loved the word “posse” which I believe resonates more than words like “friends” or “peeps” and I tend to use it liberally in conversation.

I’d already submitted the Acknowledgements page before I even considered writing Soul-Hungry. In retrospect, I’m glad that I had thanked Sandra Kasturi and Marcy Italiano as my “girl-posse” because after writing Soul-Hungry, the term had that much more meaning to me.

It really does take a posse to put a book together. I can’t possibly list everyone here, but the people who come to mind first are:

My publisher at EDGE Science Fiction and Fantasy Publishing: Brian Hades. And the rest of the remarkable people at EDGE including Ella Beaumont, Aviva Bel’Harold, Anita Hades, and Janice Shoults. And a big WOW to Neil Jackson for the fantastic cover.

The 2004 group of attendees at the two-week short fiction workshop at the Center for the Study of Science Fiction, and especially teachers James Gunn, Kij Johnson, and Chris McKitterick.

My friends and family…you know who you are!

Cue the curtain and turn up the house lights. That’s a wrap.

And so ends the month-long adventure of blogging the stories behind the stories in ELEMENTS. I hope that you — dear readers — enjoy reading them as much as I enjoy sharing this journey.

See you on the book tour.