Sitting in the 19th slot in the Table of Contents is: The Flower Gathering

As a woman writing genre fiction, I’ve heard the “equality” debates and “gender” discussions enough to understand my position in the mix.

I write Fantasy (so do plenty of other women). I also write Science Fiction and Horror. So do…oh, wait a minute.

Search on “gender” on any speculative fiction blog/website and you’ll have plenty of reading material. There’s so much dialogue on the topic that there’s even an award specifically designed to initiate the gender conversation in speculative fiction.

From the Wikipedia entry,

The James Tiptree, Jr. Award is an annual literary prize for works of science fiction or fantasy that expand or explore one’s understanding of gender.

I wrote The Flower Gathering  as a way of exploring the gender topic. I wanted to ask the question, “What if a colony was designed, populated, and governed entirely by women?”

Tecmessa is the Prime Minister of the Pyleia  colony on Titan. She describes the colony’s origins in her own words:

On Titan, our settlement, named after the Greek Amazon Telepyleia, had been populated only with women. To escape the war-ravaged turmoil of Earth, our foremothers organized the evacuation, built the transport ships, and gathered supplies, all with minimal male assistance. Radical lesbians, the original colonists believed men were a threat to a sustainable civilization. They sought a place to build a new culture.

All sociological arguments aside, a single-gender population can’t biologically sustain itself. So the colonists in my story had to build rules to be able to procreate and sustain their population. 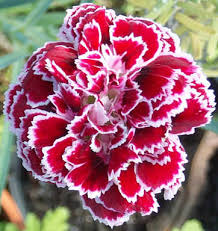 The Flower Gathering  takes place more than a generation after the fictional colony is established. The frozen sperm samples show signs of deterioration and need to be replenished with carefully bred donors.

But if they allow men to be born into their population, they need to ensure that they will always remain a minority in the population, so they pass the “law of the fourths.”

All pregnancies occur via in vitro fertilization, selectively breeding girls. If a woman wants to bear a son, she can only choose a male embryo after she’s successfully delivered three healthy girls.

With a title like, The Flower Gathering  several types of flowers are mentioned in the story. 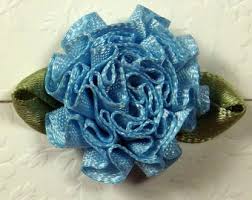 I garden. I wouldn’t say I’m good — more like competent. This story provided an opportunity for me to share my love of flowers and the feeling I get when something I’ve planted and nurtured blossoms. I haven’t had much success with carnations, but they are one of my favourite flowers.

Since the story takes place inside a domed colony on Titan, I had to be careful about what plants the colonists would have brought with them and what they would spend valuable resources growing and nurturing. They wouldn’t bother with ornamental plants like roses and carnations, so Tecmessa has to create her own carnations with fabric scraps and glue.

The colonists would need to eat, so they’d bring harvest seeds. But what about coffee?

Coffee is too hard to grow in a domed environment, but I wanted the characters to have a tolerable substitute. After some research, I discovered that okra is easier to grow and you can roast its seeds as a coffee substitute AND eat it as a nutritious vegetable.

The blooms, seen in this photo, are white with a dark center.